St Helena, often referred to as “the secret of the South Atlantic”, lies in the southern tropics of the Atlantic Ocean. A 47 square-mile island, it is one of the most remote settled islands in the world and is home to otherworldly landscapes and oceans teaming with life. The island, which has a maritime zone encompassing 172,439 square miles of open-ocean habitat, is situated within a region rich with marine fauna, including whales, manta rays, sea turtles, sharks, and sea birds. The Saints follow a long held tradition of small-scale one-by-one tuna fishing, catching yellowfin, bigeye, and skipjack tuna in inshore and offshore waters in the most sustainable way possible. 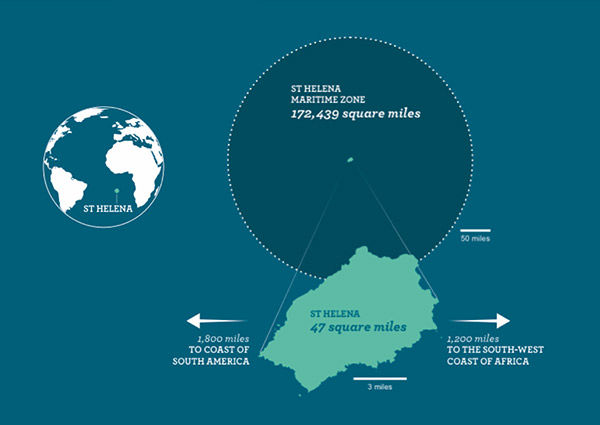 St Helena lies approximately midway between the coasts of Angola to the east and Brazil to the west. The fishery, which catches tuna exclusively in the islands maritime zone, can be dated back to the 16th century. Since then, the fishing methods have remained much the same, only those that catch tuna one at a time, including pole-and-line, handline and rod-and-reel are employed. The one by one methods have ensured that fishers remain connected to the tuna they are catching. Hand over hand, crank after crank, the deep respect that is instilled from catching each tuna this way is passed from father to son, or mentor to apprentice.

St Helena’s tuna fishery is extremely important to the islanders: it generates income, employment and provides a key source of local protein. Most Saints can trace their roots to the fishing sector, demonstrating the centuries-old cultural ties to the sea and their sustainable tuna fishery.